“…Because we were going to build the ceiling of the second room entirely in CGI, Aviv Yaron joined us and conducted a special photoshoot of the ceiling with panoramic equipment, including a panoramic head. Yaron is one of the most experienced VFX/CGI photographers I’ve ever met and works with his own gear…The images here show all of the calibrated cameras and the resulting 3D mesh, and a textured version. It’s not the final version, but it gives a clear idea of the quality we were able to get from the excellent photos that Aviv had taken.…” 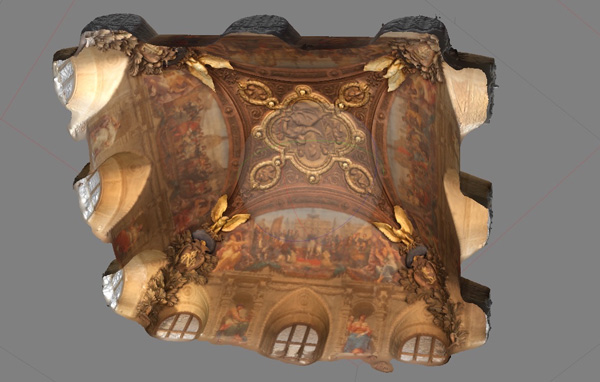