The horrific events regarding Ukrain, remind me of the people I got to know whilst working on a commercial shoot, back in 2014. They must be living through hell, as I write these words, and for the foreseeable future — hour by hour, day by day…relentlessly.

When the UK vfx crew arrived at the centre of Kiev — January 2014 — we were welcomed by a Ukrainian tank in the middle of the square, outside our hotel, and a crowed listening to a patriotic speech by their, then, president. The UK producer told us the following morning to always carry our passports with us, as we may be asked to evacuate to the airport at a very short notice. Arrogantly, I belittled this. Little did I realize, then, the enormity of the Russian threat, and its realness — then 100km away from Kiev (so I was told).
It was during that time in Kiev that I learnt the shout ‘Slava Ukraini!’ and when we parted ways — I was given a present from the driver who took me around: the “Putin toilet paper” and the butterfly in the Ukrainian national colours. A sticker-symbol for their resistance. These are kept, ever since, on the shelves of my basement office in the comfort of my London home. I never thought they would mean so much to us all in the free world.

So, in case any of you, Roman and the rest of the Ukrainian friends out there, even have a chance or inclination to read this — my thoughts are with you, your families and friends. 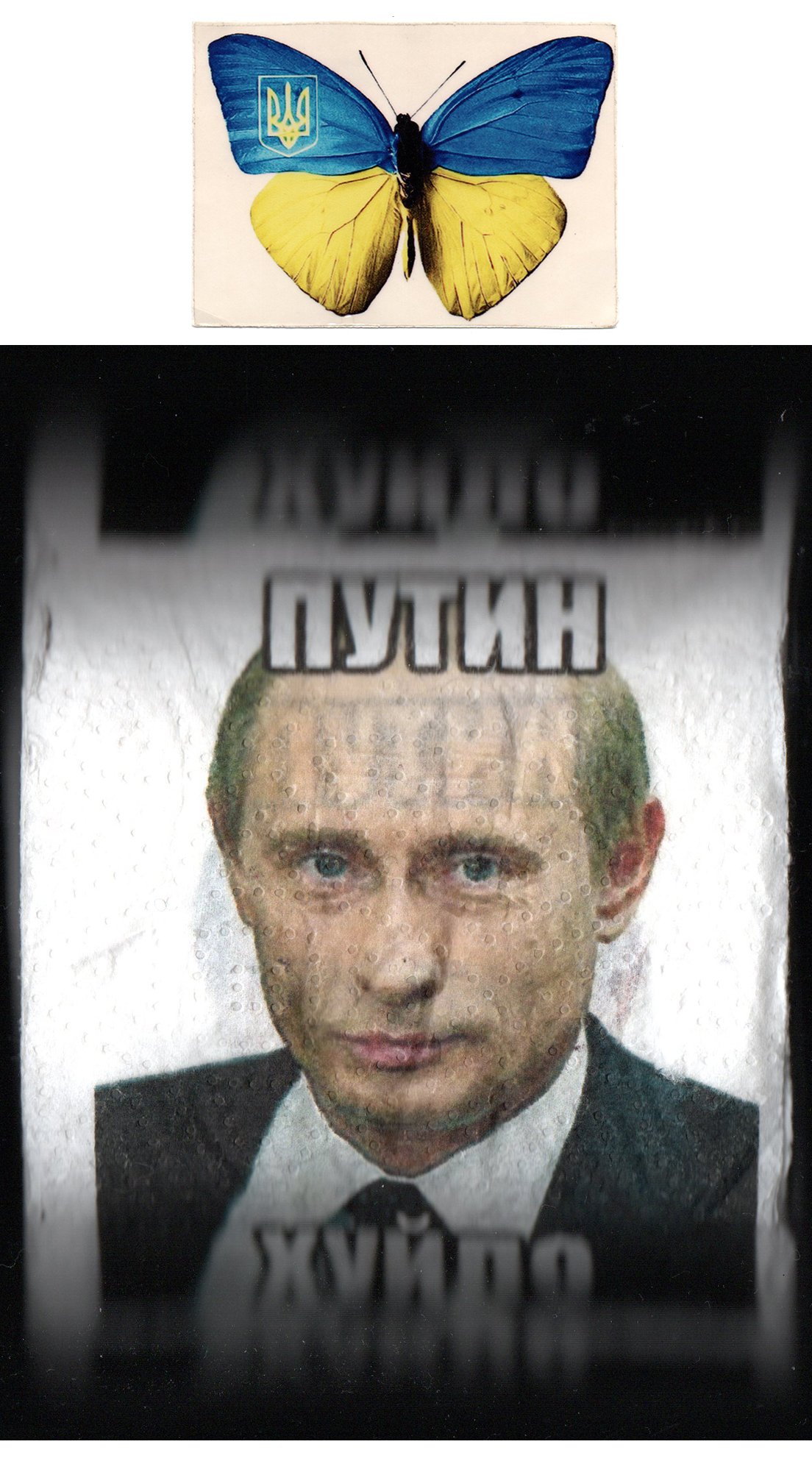